Simona Halep had to reduce her 34DD breasts in order to compete in the Wimbledon finals as that would help her play better according to her coach.

Tennis star Simona Halep has just cruised into the Wimbledon semi-finals after beating Amanda Anisimova and has high hopes of winning the tournament this week.

But perhaps what is not known about the 16th seed is the fact she went to some extravagant measures in her bid to become the best in the world. Aged just 17, she underwent breast reduction surgery in a bid to improve her reaction speeds. 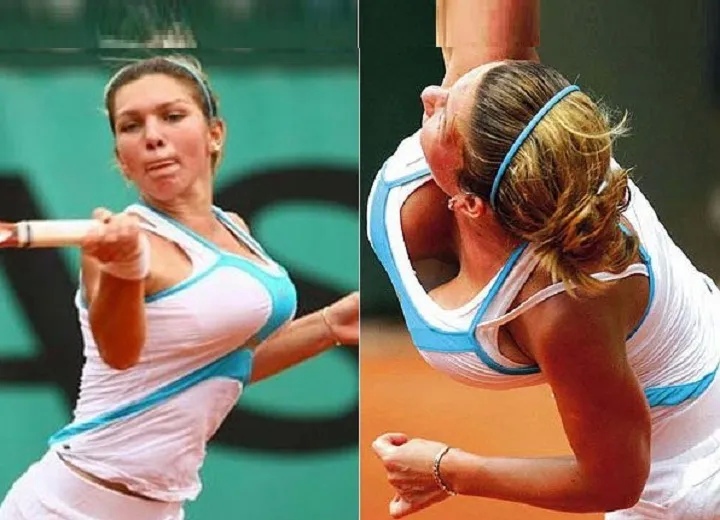 Going down from 34DD to a 34C at such a time in her career is quite the decision to make but she has not looked back and it is fair to say that it has had a positive impact on her career. That was evident this week when she swept past Anisimova to continue her Wimbledon dream.

The 30-year-old will face Kasakh player Elena Rybakina on Thursday afternoon but her quest to become the world No. 1 was realised in October 2017. But only after she had reductive surgery on her breasts, something that she has insisted she simply had to do.

“When I did it, I did it for tennis,” the Romanian said. “My ability to react quickly was worse and my breasts made me uncomfortable.”

“I didn’t like them in my everyday life, either. I would have gone for surgery even if I hadn’t been a sportswoman.”

One of her former coaches Wim Fissette admitted that it was one of the most important moments of her career going through with such a life-altering operation. The 42-year-old said: “I did not know her then, but I have seen some photos. She took that decision and it was a good one.

“I understand that it’s what a lot of people know her for. In the Belgian newspapers it is the same thing. But let’s hope she will win a grand slam and then they will start talking about that instead.”

As it happens, Halep has gone on to win two majors - the French Open in 2018 and Wimbledon in 2019. In an underdog clash against Serena Williams, who she had beaten just once in 10 meetings, the Romanian became the first from her country to win the title after thrashing the legendary American in under an hour.

After reaching this week's semi-final and being asked if this was her best tennis, Halep said: “Yes, definitely. This is the best tennis. I struggled last year. How is my confidence right now? It's good!”

“It's great to be back in the semi-finals. I'm very emotional. I had to stay strong on my legs - they helped me today. I also needed my serve - everything was good, and it finished well.”