Crazy! Millions of people celebrated this Tuesday with the soccer team on a hot day in Buenos Aires the title of world champions.

From early hours, the crowd grew until it reached 4 million people who gathered near the Obelisk, one of the main symbols of Buenos Aires.

Not being able to get to the center due to the amount of people in the streets, the players got on a helicopter to greet the fans from the air.

“The World Champions are flying over the entire route in helicopters because it became impossible to continue on land due to the explosion of popular joy. Let's continue celebrating in peace and showing them our love and admiration,” said the spokesperson for the presidency, Gabriela Cerruti. 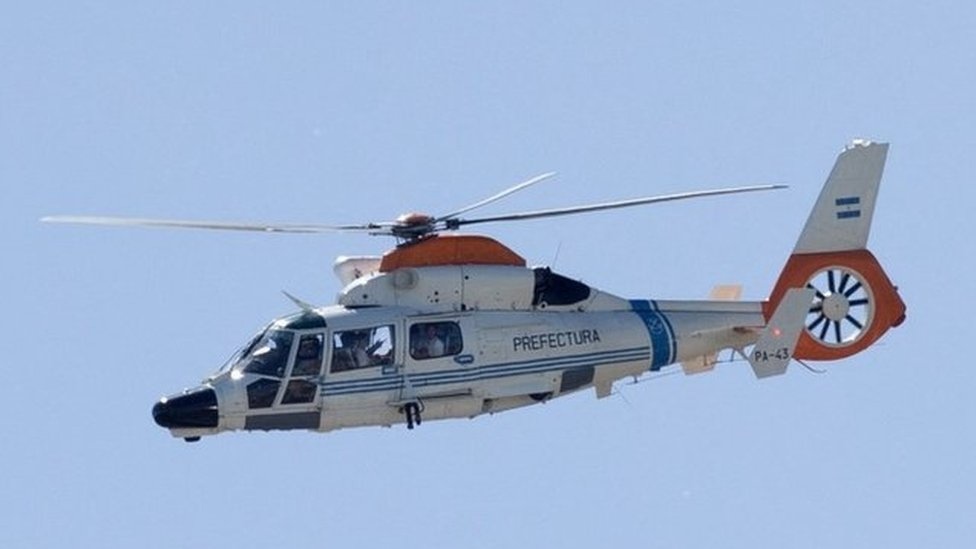 “It's crazy, it's incredible, it's the best thing that can happen to you in life,” Matías Gómez, a 25-year-old worker, told Reuters.

“It is an enormous joy to see all these happy people, all accompanied, one with the other, holding hands, giving each other hugs, kisses, we are all one today .”

People held banners with images of Messi and the late Diego Armando Maradona, chanted and many climbed on light poles or monuments.

“We are as a family waiting for the selection to pass, which brings us the cup. We are all very happy and excited to see them,” said Melina Esteban, 41, before learning that the bus tour for those selected had been changed to a helicopter tour.

One of the incidents occurred when the bus passed with the players under a bridge at the La Matanza game.

Two fans jumped from the bridge onto the bus. One made it, but was immediately taken into custody aboard the unit. However, another slipped on the rear of the vehicle and fell to the pavement.

According to various media, this incident was decisive for the change of plans on the route of the Argentine team to the Obelisk.

The team arrived at the Ezeiza airport at dawn, where it was received by thousands of people.

Their captain and star Lionel Messi appeared at the door of the plane with a big smile on his face, holding aloft the prized cup won in Qatar on Sunday.

Despite being the middle of the night, thousands of people came out to the Ezeiza International Airport to welcome and cheer them , but that does not compare with the millions that took to the streets during the day.

The government declared this Tuesday a holiday so that the entire country can express its deepest joy for the national team.

The excitement in the country has been heating up since the game in Qatar, where Argentina beat France on penalties after a 3-3 draw, in what has been considered by many the best final in World Cup history.

Los Angeles County Passes Four Anti-Gun Violence Ordinances...
They propose payment of resident in community colleges to border students...
What is the dreaded San Andreas fault and why is it so concerned in California...
iPhone 15 Ultra: what is known about Apple's new top of the range...
The weather Girl, Yanet Garcia, captivates posing on her back and with an unique neckline...
Chiquis Rivera glowing in a tight white dress with a deep neckline on the red carpet at the Grammys...
Beyonce makes history as the artist with the most Grammy Awards...
Flood victims are encouraged to take advantage of available help...
Thousands of Peruvians protest again with all blood against Dina Boluarte...
Madonna could perform at the Grammy Awards...
Checo Perez is surprised by Jimmy Fallon in a Go Karts race...
Maribel Guardia confesses her concern for Alfredo Adame and reacts to Pablo Lyle's sentence...
Parents' income level can influence their children's sexual orientation, according to a study...
They assure that Shakira would have hired a detective to discover Pique's infidelity...
Frederik Oldenburg declares his love to Carmen Villalobos and thanks her for a magical night...
Astronomers find what could be a habitable world 31 light-years away...

Bomb threat on a plane bound for Greece with 186 passengers generates terror in the air... 508
40% of zero emission vehicle sales in the United States in 2022 were in California... 456
FAA air system that failed and caused delays in thousands of flights is almost 30 years old... 721
Yanet Garcia, the girl of the weather, exposes her tan and perfect curves with a neon bikini... 711
Florida reinforces control of its coasts in the face of the massive arrival of immigrants by sea... 731

Georgina Rodriguez reigns again in Venice with this daring look... 3544
There is an outcry of Pakistan electricity crisis, PM Sharif asked for emergency plan in 24 hours... 1419
In an outfit with transparencies Danna Paola sensually dances her new success... 2845
Meet England's backheel queen Alessia Russo who is the most prolific super sub in history... 1740
...
About | Terms of use | Privacy Policy | Cookie Policy
© 2021 - 2023 Gossibox. All Rights Reserved
English (India)
Made with Love